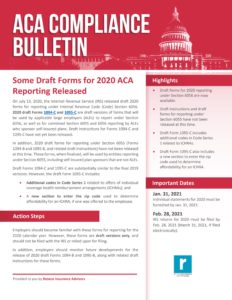 Download the complete “Some Draft Forms for 2020 ACA Reporting Released”